SSC Result 2020 – The results of SSC and equivalent examinations have been published. Prime Minister Sheikh Hasina officially announced the results via video conference from Ganobhaban at 10:30 am on Sunday. Later at 12 noon, the Minister of Education. Dipu Moni MP will share the details of the results on Facebook Live.

This time the results will not be announced from the educational institution. The government has taken this measure to ensure social distance due to the outbreak of coronavirus. Steps have been taken to inform the results in two ways in SMS.

One is that after publishing the result if you send the SMS in the prescribed manner, the result will be sent in the return SMS. There are allegations that this method often puts students at risk.

For this reason, after the publication of the results, steps have been taken to automatically send it (test results) to the student’s home via SMS. To this end, students have been asked to pre-register the roll number. This activity will continue until 2 pm today.

Board of Education officials said the pre-registration process began on May 18. But there was no response. Only 55 percent pre-registered in 12 days till 1:57 pm on Friday. The total number of examinees in the country is 20 lakh, 46 thousand 69 people. But 11 lakh 33 thousand 331 mobile numbers have been pre-registered.

Board officials say there are multiple mobile phone registrations against the same roll. As such, not even half of the total candidates have registered.

Manjurul Kabir, the chief systems analyst engineer at the Dhaka Board of Education, told Jugantar that pre-registration was not as expected. However, the time has been extended by another 14 hours to give those interested in registering a chance. Registration can be done till 2 pm today.

He said those who will pre-register will automatically receive the results with GPA grade from the server on the mobile number given to them after the results are released. However, even if you do not pre-register, there is no concern. Once again, as before, arrangements have been made to know the results online or by sending an SMS to the website and Teletalk. Results can also be obtained from the Central Board of Education of Dhaka Board and from the website of the Board of Education of the candidates themselves.

It is learned that pre-registration is going to be done from any mobile operator’s number. That’s why Teletalk’s SIM is not mandatory. To register, the student has to write the first three letters of the name of his SSC Exam Board (such as DHA if Dhaka), then write the Exam Roll and the Year of the Exam and send it to 16222. Two rupees will be charged for each SMS.

Note that the SSC examination was held last February. It is customary to publish the results within 60 days after the end of the test. As such, the results were to be released in the first week of this month. But fruit production was halted due to corona infection. 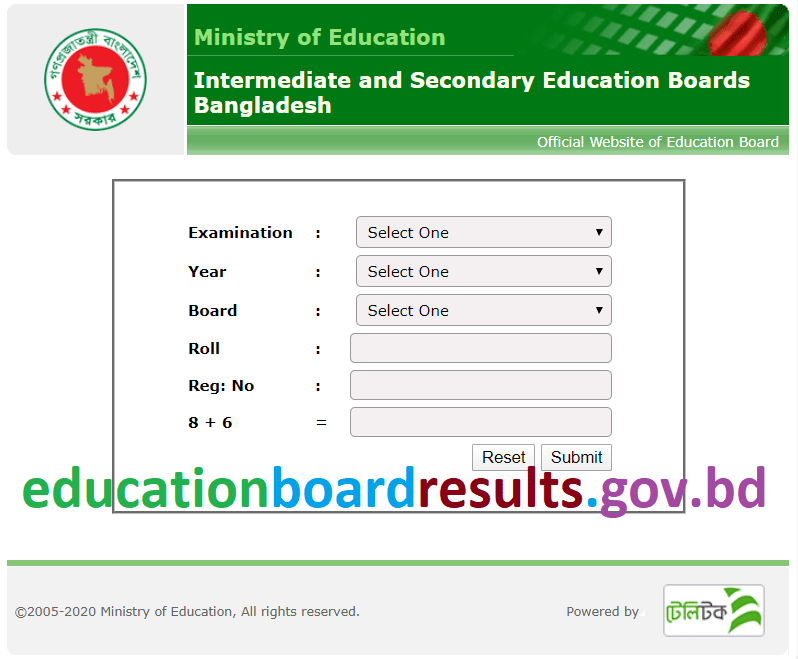 Hello, this is Farhadul Alam – Freelancer, Blogger, SEO Specialist and DigitalMarketer. I am obsessed with Movies, TV Shows, photography and writing my musings on them. And I am happily hitched with writing as a profession. I believe that the stars are still there, even if you don’t see them shining. Email: Forhad@ekusherbangladesh.com.bd