Department of exam control of Dhaka University has published the reserved routine for Honours 4th-year final exam routine. So, if you are the student of 2011-2012, 2010-2011 and 2010-2009 session irregular & improvement students then this routine is for you. The routine is provided for the group of Science Group, Business Group, and Humanities (Arts) Group and also BSS, BBS and B.SC. Dhaka University 7 College’s Honours 4th-year exam will start from 11 March and will end on 7 May 2019. All the exam time and date are included in the routine and you also download the routine from bellow. 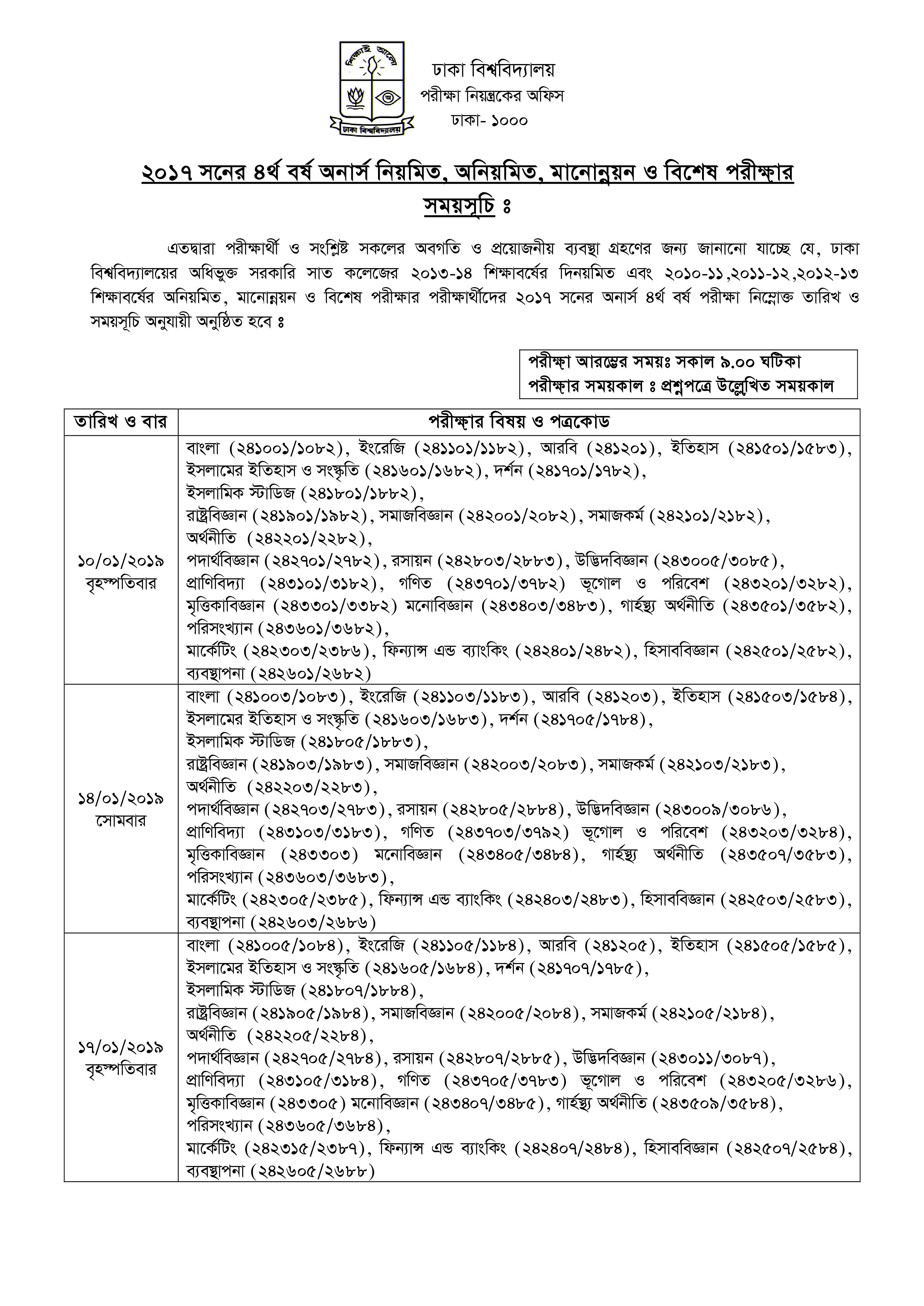 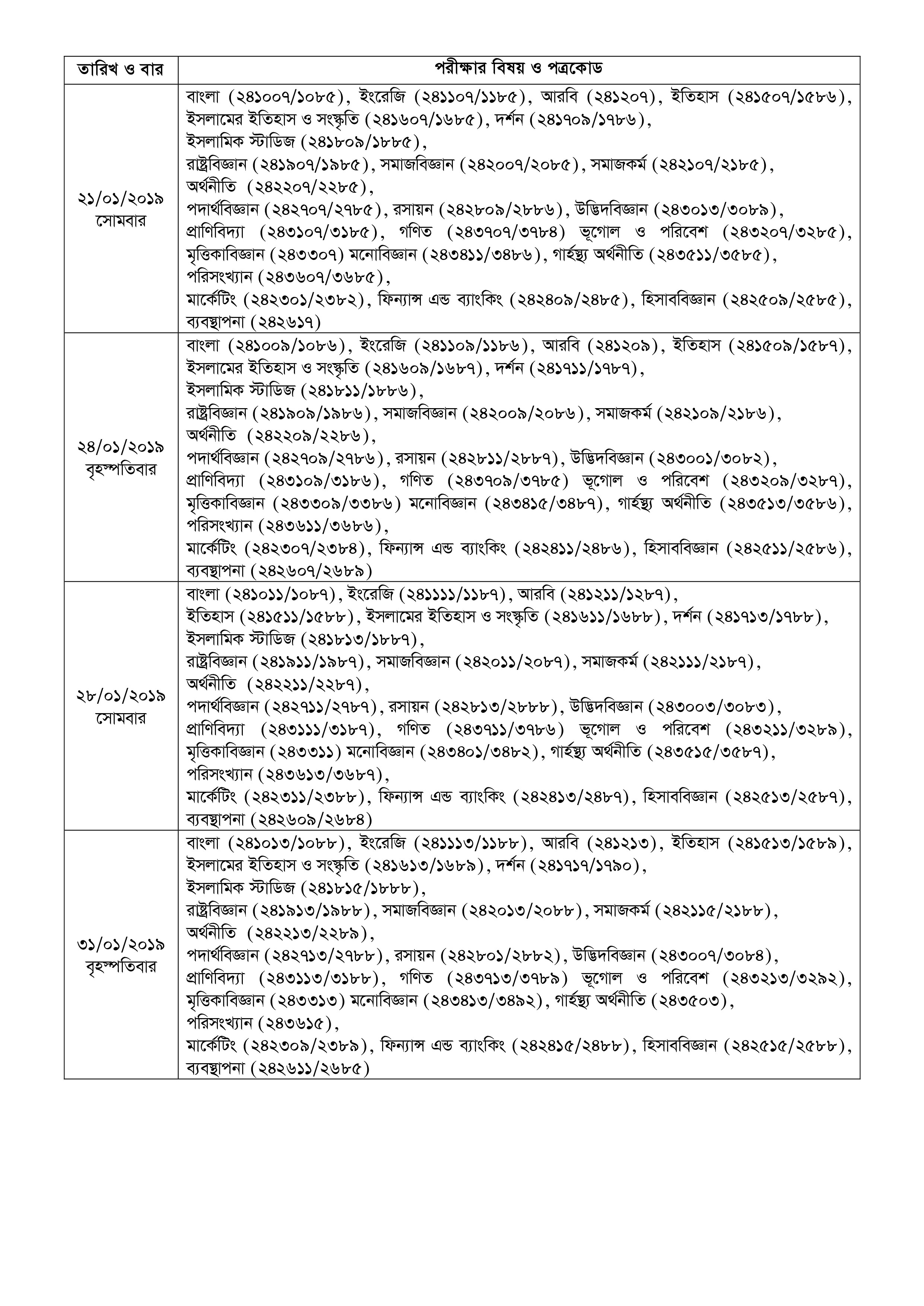 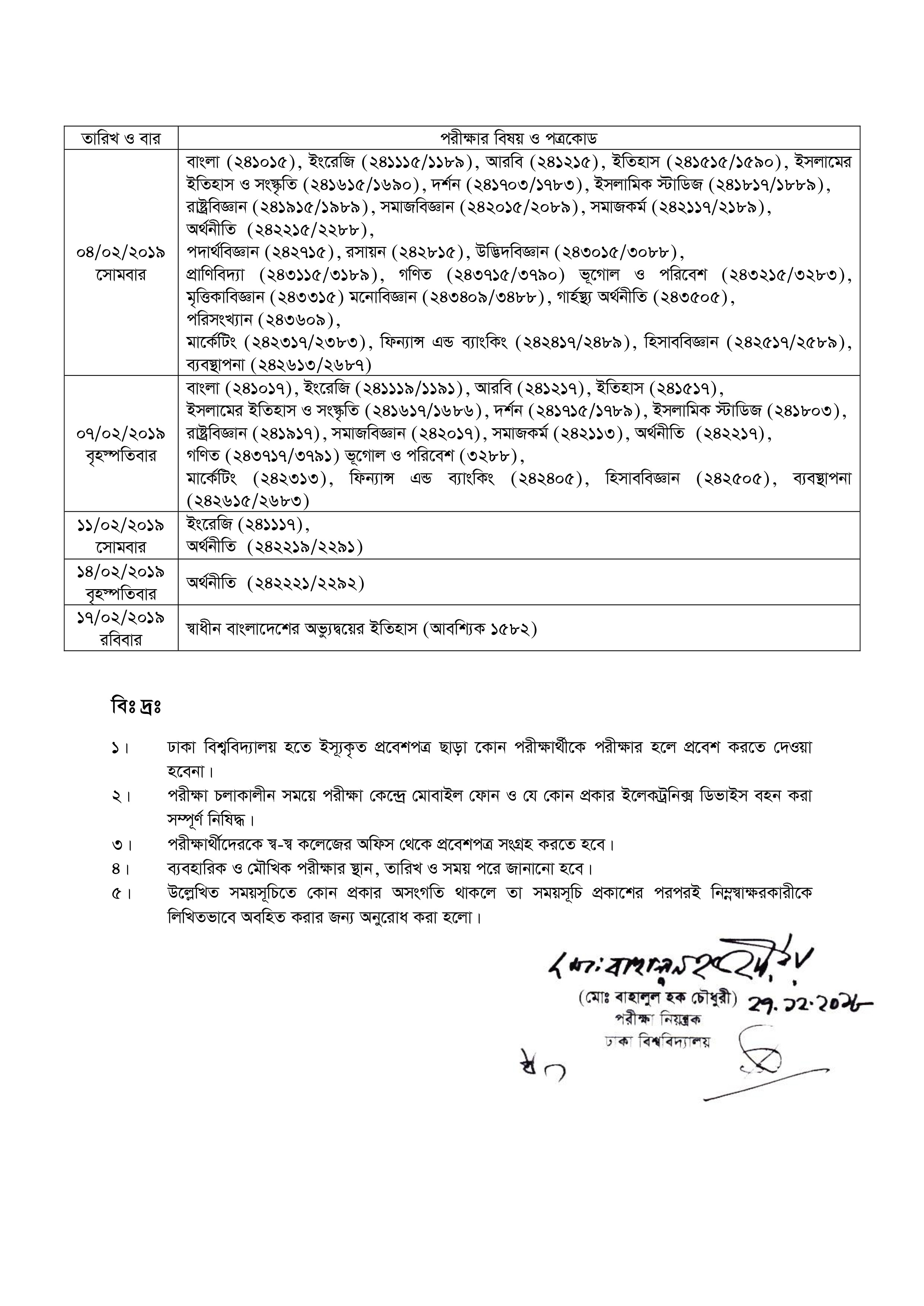 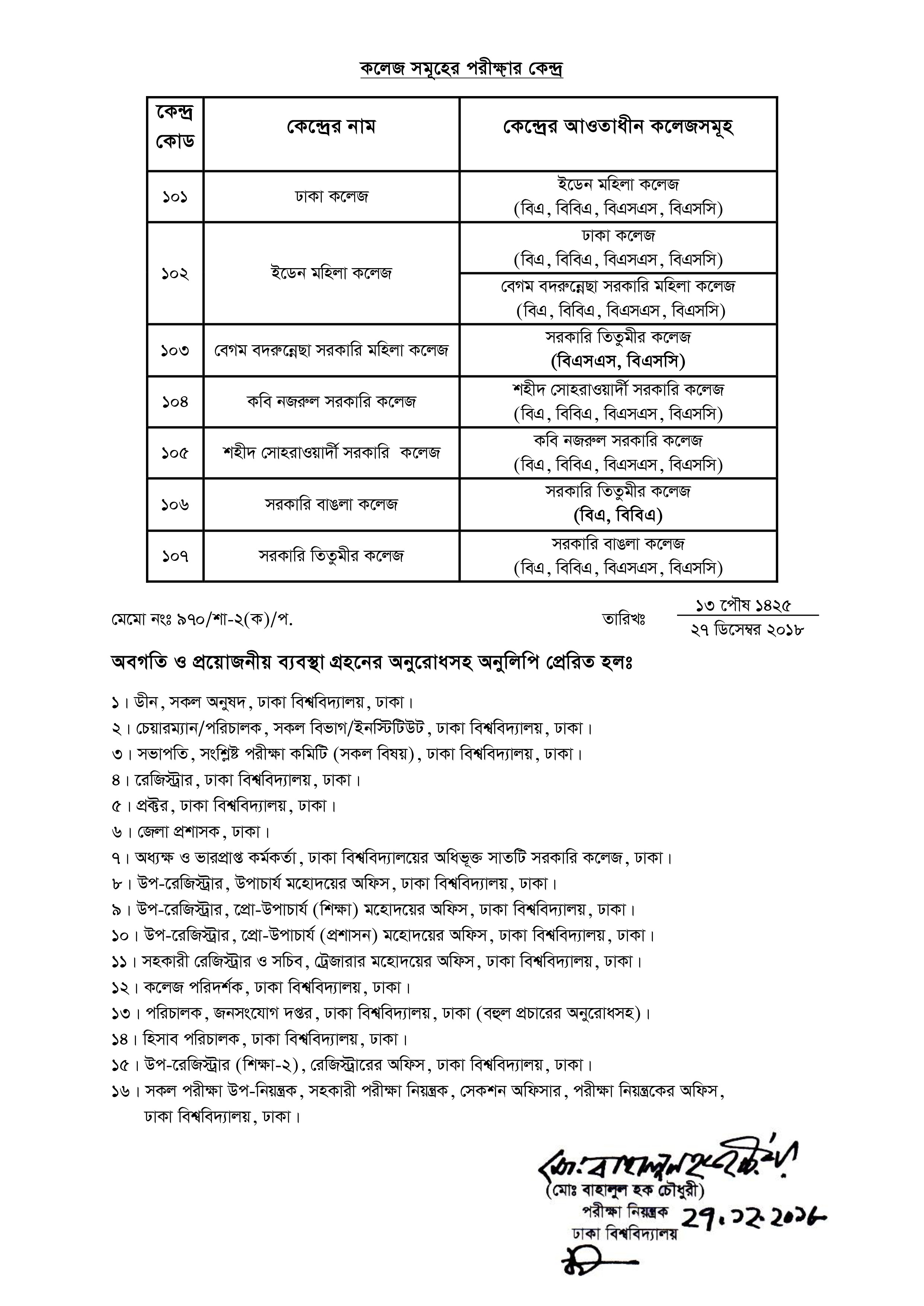 Assignment for the 5th week of 2022 HSC candidates

The information about getting the primary teacher recruitment examination admit card